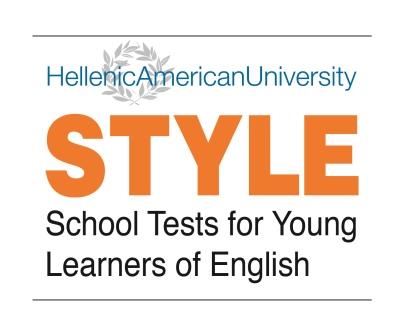 The Hellenic American University Office for Language Assessment (OLA) has announced the publication of two new tests for English-language learners. Called the "School Tests for Young Learners of English (STYLE)" the new assessment tools are designed for young learners aged 7 – 11 and are available at two levels of language competency, namely, A1 and low A2 of the Common European Framework of Reference for Languages.

Nigel Downey, the Director of the Office for Language Assessment, explains the rationale behind the development of the new tests. “There is a growing interest among teachers and school administrators for tests for young learners. But when we looked at what else was available, we found that many of the tests intended for these levels were, in fact, inappropriate for very young learners, since they lacked color and pictures, or involved tasks that children have not yet developed the cognitive skills to do—whatever their degree of language competency. There were also young-learner tests that did not effectively test writing or speaking. So we decided to design a test that would be appealing and motivating for young learners and that would assess all four skills.”

As Downey points out, having an objective measurement of each skill separately is important for teachers, since it helps them see whether they’re devoting enough attention to each area. “Teachers,” he notes, “tend to test what they’ve taught and they may not realize there’s a gap in what they’re covering in their tests.”

The STYLE tests use pictures and graphics as an integral part of age-appropriate tasks that are enjoyable in themselves. As Downey reports, feedback from the young learners who took part in the piloting of the test was enthusiastic. “When we did the speaking test with them, they enjoyed it so much, they asked to take it again!” he says.

Levels 1 and 2 of the STYLE series have already been piloted and pre-tested and are available for the May/June 2017 examination period. The OLA test development team are now at work on Level 3 of the series. For more information, consult the OLA pages of the University website.