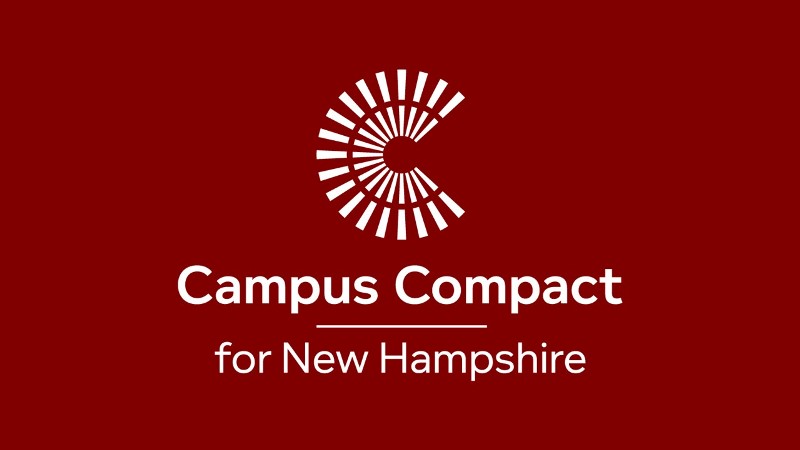 the Good Steward Award during the same ceremony, while the Community Partner Award was given to Shedia-Diogenis, an Athens-based NGO which supports homeless and socially excluded individuals and with which Hellenic American College has worked closely since 2016, largely in the context of the Politis undergraduate civic education program.

Campus Compact for New Hampshire (CCNH) is a consortium of New Hampshire college and university presidents dedicated to civic education and engagement. The annual Presidents’ Awards are just one of a diverse range of initiatives that CCNH and its member institutions, Hellenic American University included, pursue in promoting civic engagement and community service on campus. CCNH’s activities include student leadership training to advocacy and legislative outreach.

A polyglot student (and soon to be alumna) of the B.S. in Engineering program, Zahra was nominated by University President Leonidas Koskos in recognition of her contributions to campus service and her volunteer work for NGOs supporting refugees and internally displaced persons. As President of the Student Council (May 2019-2020), Zahra helped initiate the Rainbow Alliance Club and the College’s Academic Center for the Enrichment of Students (ACES).

The Good Steward honors a member of the faculty, administration or staff who, as CCNH notes, “has contributed his or her professional expertise in service to the wider community and who has significantly advanced public service on their campus.” Dr. Karachaliou, the University’s recipient of the Good Steward award this year, has served as Director of Student Affairs and International Programs at Hellenic American University since 2018. As President Koskos noted in his nomination, “Dr. Karachaliou has made a lasting impression through her contributions to campus life and study abroad programs. Because of her leadership and selflessness, Hellenic American University has continued to develop into a welcoming community with a positive student culture.” She has also earned praise for her work in forging partnerships with other colleges and universities for study abroad programs.

New Hampshire colleges and universities celebrated the recipients of the...